A final report on the progress and achievements of the VR Expo World project in 2020. 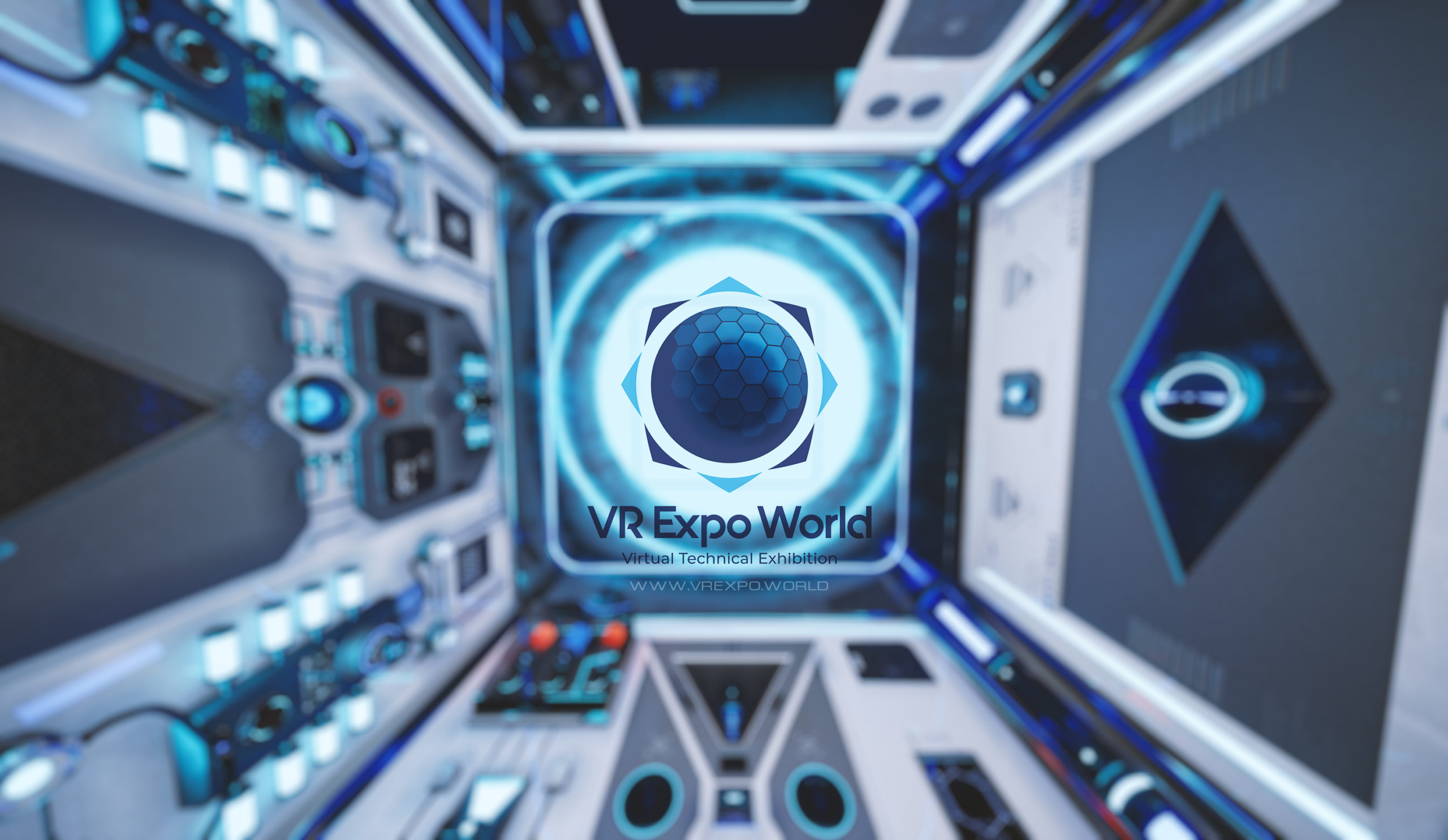 Virtual reality technology continues to evolve rapidly. Every year there are more and more applications and projects adapted to the VR environment. New virtual reality technologies allow us not only to play colorful games, with a full immersion in the gameplay, but also to learn something new. You can see the world’s sights or visit a virtual exhibition from the comfort of your own home right now. We also continue to develop our virtual exhibition project, adding new features for our users and making the VR exhibition more interesting. VR Expo World project team has prepared a short report, in which we will try to summarize all our achievements and work done over the past year, 2020. 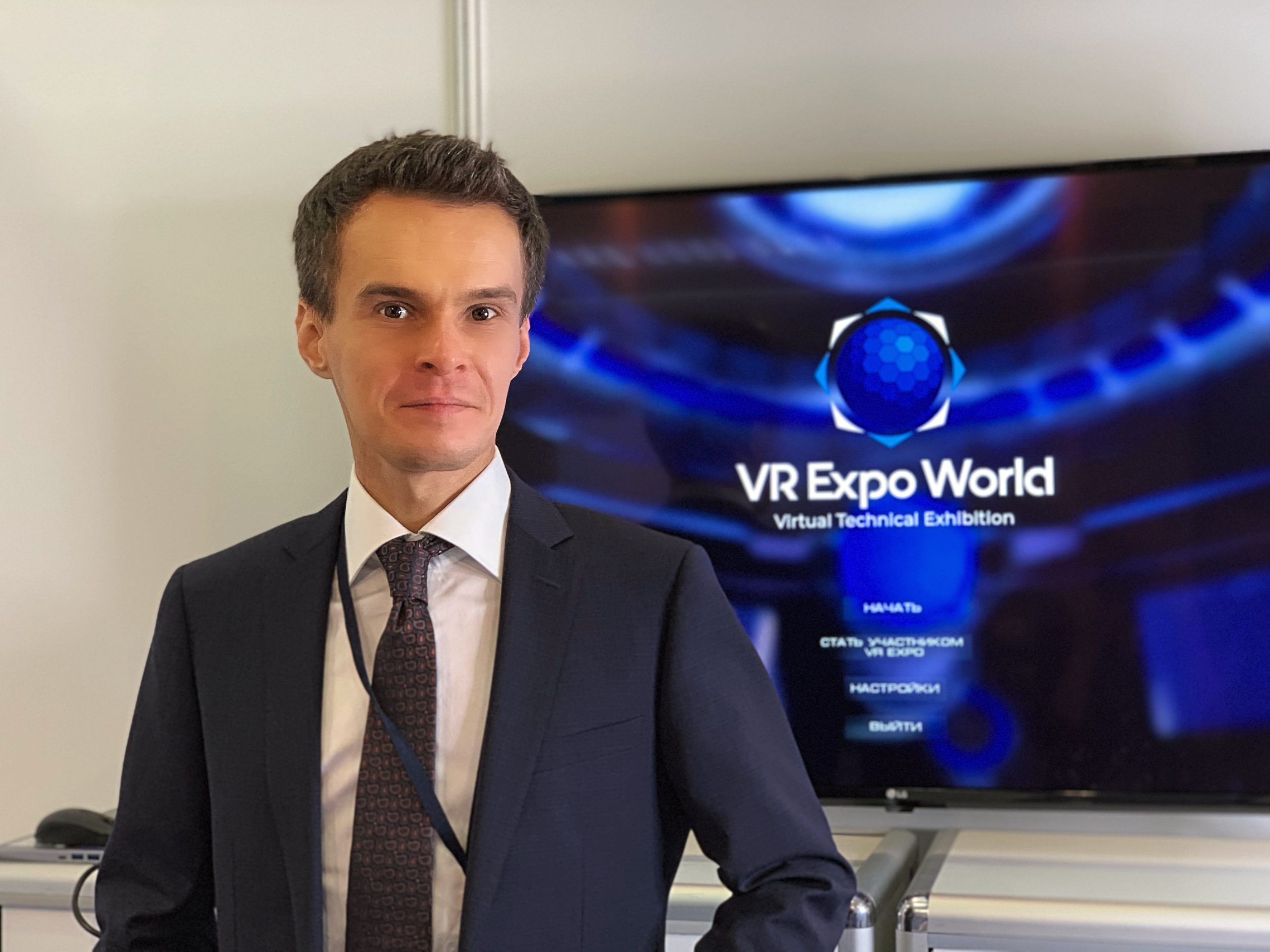 In March 2020, representatives of VR Expo World, headed by the General Director – Andrey Viktorovich Vasiliev, took part in International Forum on Non-Destructive Testing and Technical Diagnostics “NDT Territory 2020”. This forum was interesting because it was attended by a large number of companies – manufacturers of equipment, as well as suppliers and official distributors. Companies showed great interest in our stand and interest in new opportunities to promote their products. At the forum we concluded a partnership agreement with the company “Newcom-NDT” to create a new exhibition sector in VR Expo World and add the company’s equipment to the virtual exhibition. 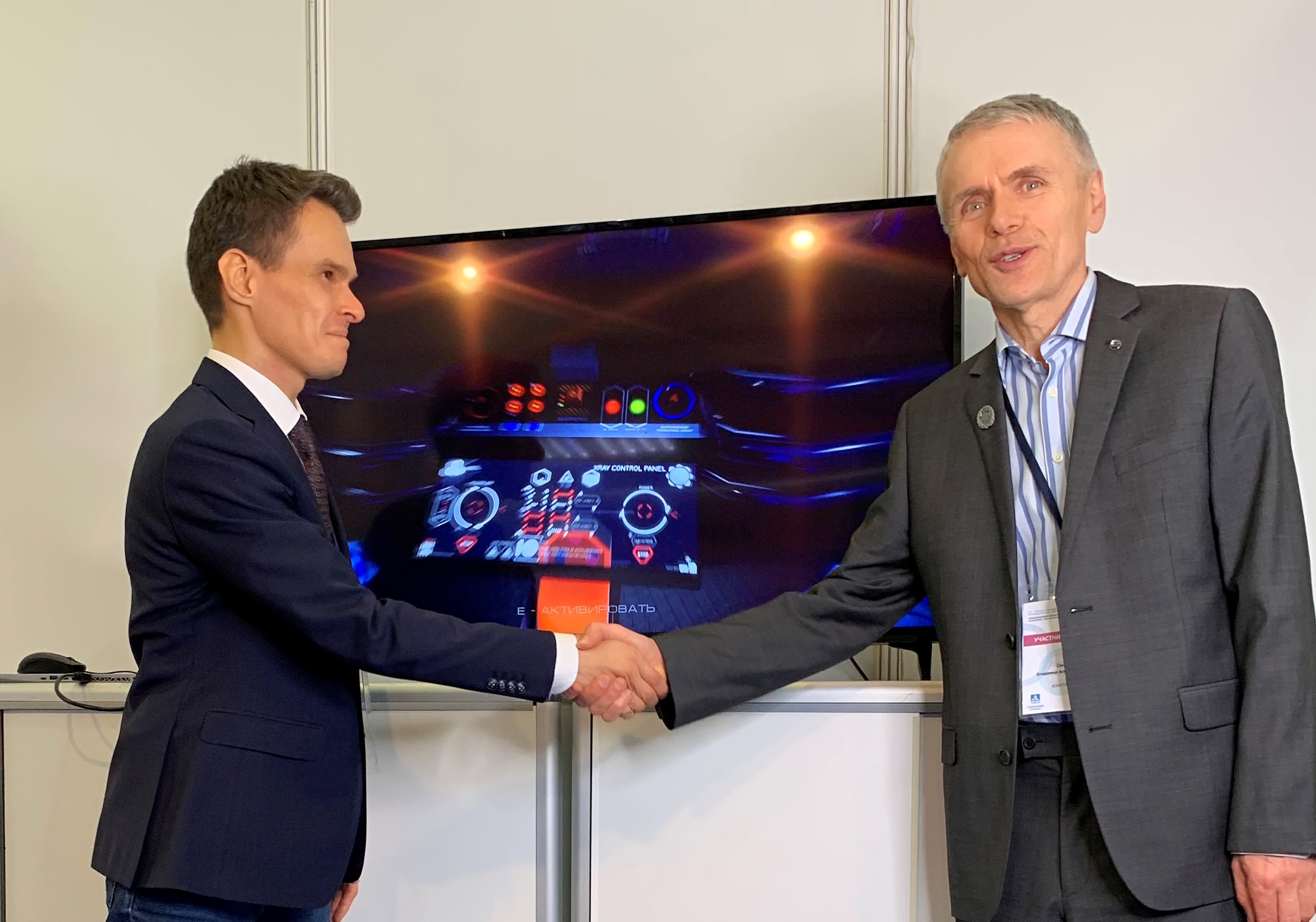 Working on a new exhibition sector for the company “Newcom-NDT.

After signing an agreement with Newcom-NDT, the developers of VR Expo World began to implement the outlined plans to create a new exhibition sector in the virtual space. The following work has been done: 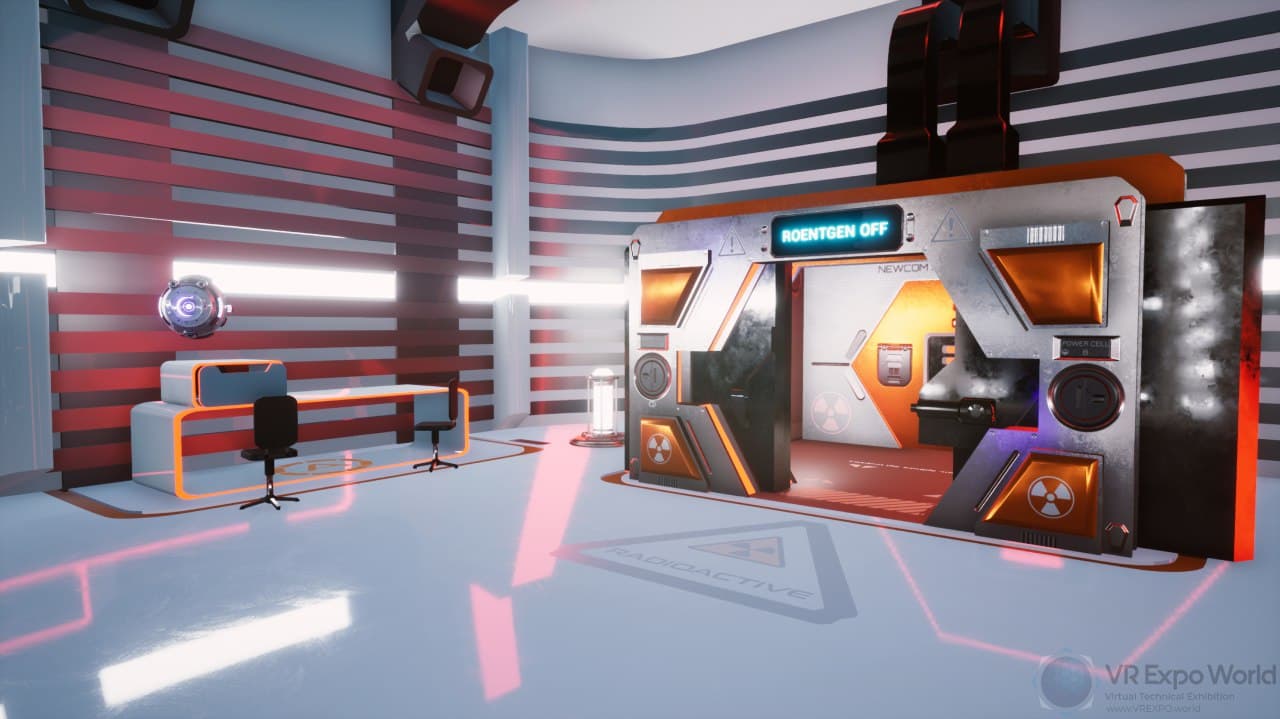 IntegrationVR and two modes of viewing the virtual exhibition. 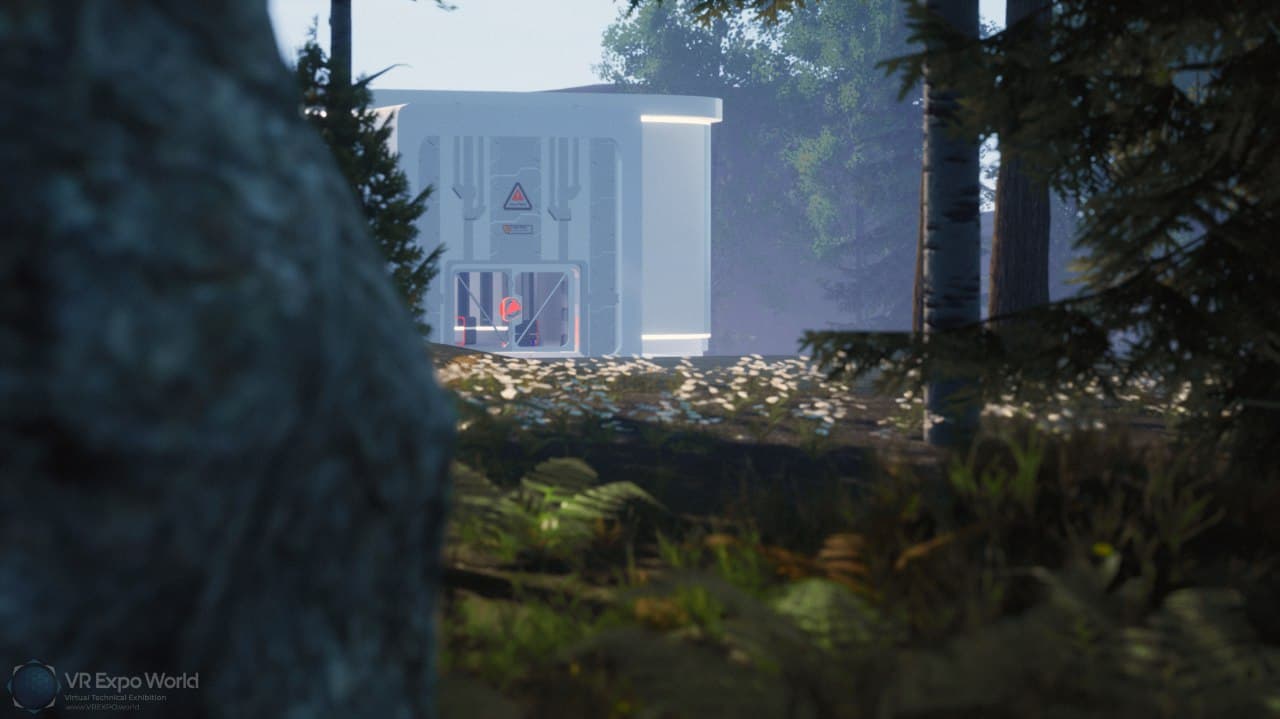 After integrating VR viewing of the exhibition, we sent in an application for the Oculus Start program. Oculus encourages VR app and game developers with this program by providing free Oculus Quest hardware kits to test VR apps and games. VR Expo World was among those who received VR headset kits from Oculus. A nice bonus for us to the addition of the Oculus Quest kits was branded merch. We thank Oculus for providing us with the VR headset kits and for the existence of such a great program like Oculus Start, which really helps developers to promote VR technology.

Another significant event for us in 2020, which we wrote about earlier. Epic Games gave the VR Expo World project a MegaGrant to further develop the project. Part of the funds went to the development of a separate central hub (hub) for exhibiting companies, as well as the popularization of virtual exhibitions and VR technology.

Actually, about the central hub itself. It’s a separate space that will feature booths with various equipment of the exhibiting companies. The development of the “hub” began in 2020. At the moment the following has been realized: elevator model, general framework and floors, 2 pavilions (without filling), lobby, central column and bridges, set of different stands for presentation of companies’ equipment. 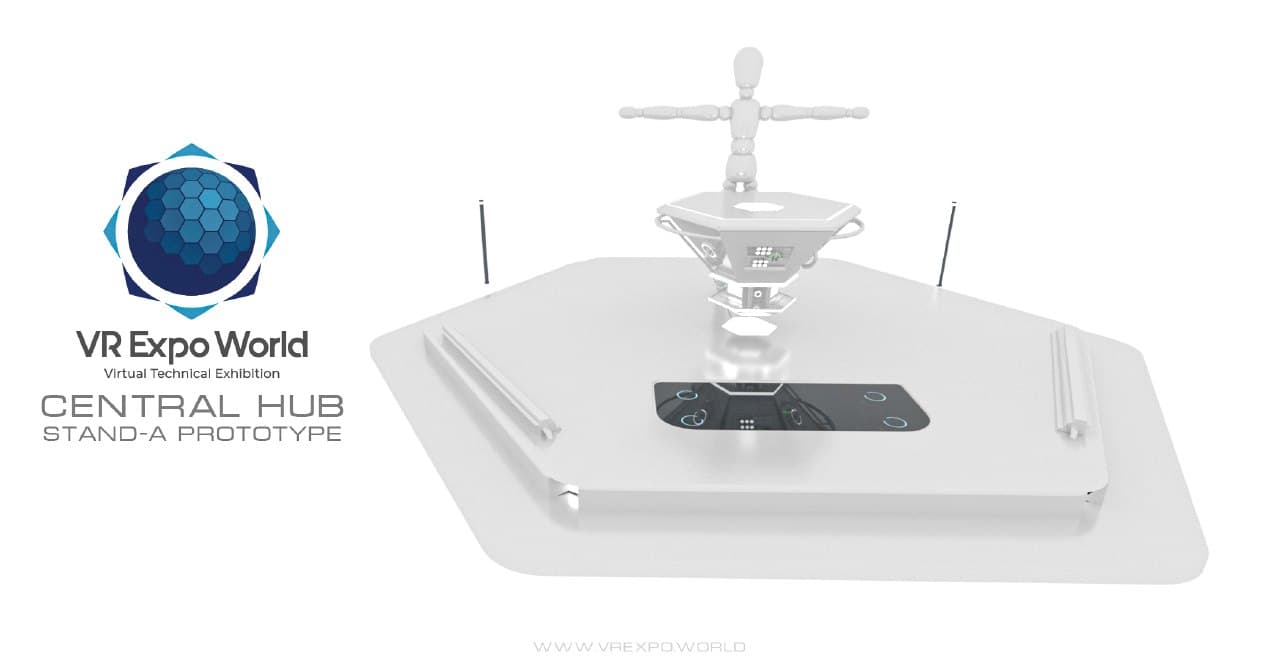 A shared pavilion will allow companies with a small budget to save money on setting up their exhibition sector, but at the same time place the equipment in the VR Expo World virtual exhibition.

In addition to the major works in the VR Expo World application, we also worked on improving the website, continuing to cover all the stages of development of the project and share interesting and useful information in our social media. In 2020, we did some internal and external optimization of the site, fixed security bugs, and adapted the mobile version of the site.

Also about us began to write in the media and on thematic sites (magazine on nondestructive testing “NDT Territory”, as well as thematic site UE4 Daily).

We are continuing to develop our project in social media as well, promoting VR technology and virtual exhibitions in particular, adding new features for our users. On our YouTube channel we post videos demonstrating VR exhibition capabilities and answer your questions in the comments. You can send your questions and suggestions in the posts of our official communities in the social networks facebook, vk and instagram.

The VR Expo World project team continues to multitask. Despite the small size of our team we set big goals and continue to develop our project making it even more interesting and useful for both companies and users. Read about our plans for further development of the project, as well as about what new things await our users at the VR Expo World virtual exhibition in 2021 in our next news. 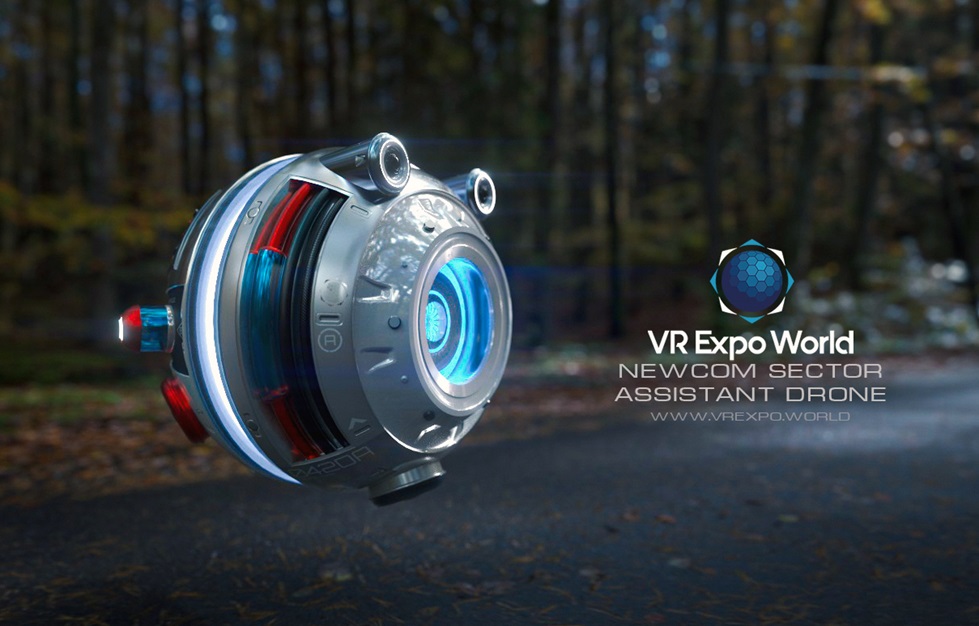